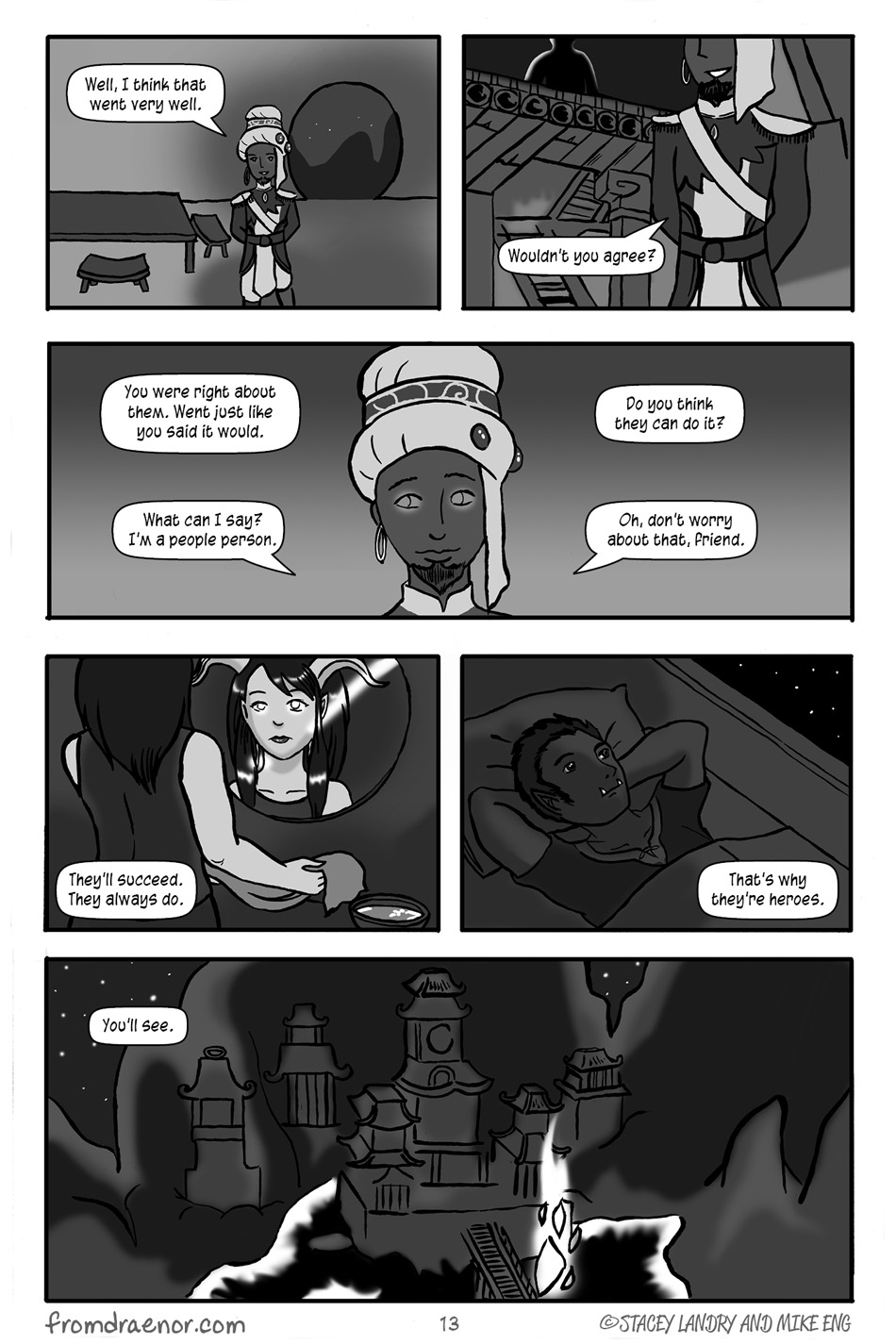 “…Why did you play that piece just now?”
“It’s a Pandaren board game. The object is for both players to win.”
“That’s ridiculous! Why would you even play!?”

That’s it for Chapter One! The groundwork is set, the plot points have been laid out. Now – rubs hands together eagerly – it’s time to have some fun.

We will be taking a short break before starting in on the next leg of the story, to allow for Christmas holidays and whatnot. We might have some bonus content in the meantime, but Chapter Two will begin on January 1st, 2014.

We’ll see you then!