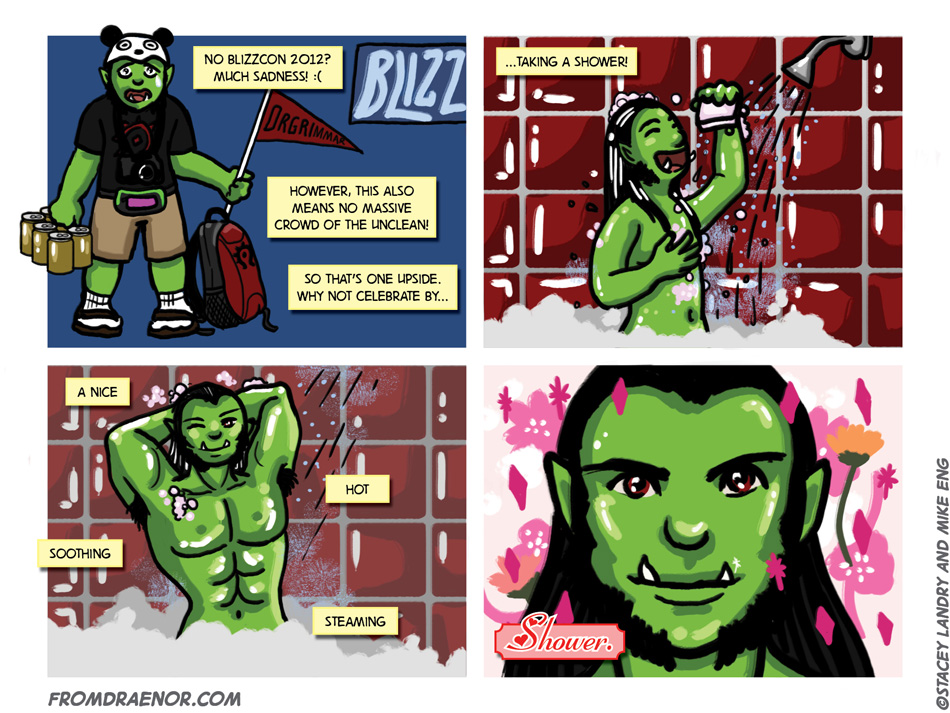 When we heard that there would be no Blizzcon this year, Vid and I knew we had to cover it somehow. We ran down the list of Blizzcon cliches (true or not), one of which was the inevitable pungent result of cramming hundreds of bodies into a cramped, enclosed convention center.

Then, somehow, it became this.

To say Vid was mortified when I sent her the script would be an understatement. But hey, that’s part of the fun! At least, for me.

People who were in the Livestream feed when she was sketching out the first two panels gasped and joked about there being a naked orc. Scandalous!

They had NO IDEA.

Aside: while finding reference pictures, I at one point had a google search for “sexy man eyes” on my screen. THE PRICE WE PAY FOR OUR WORK.