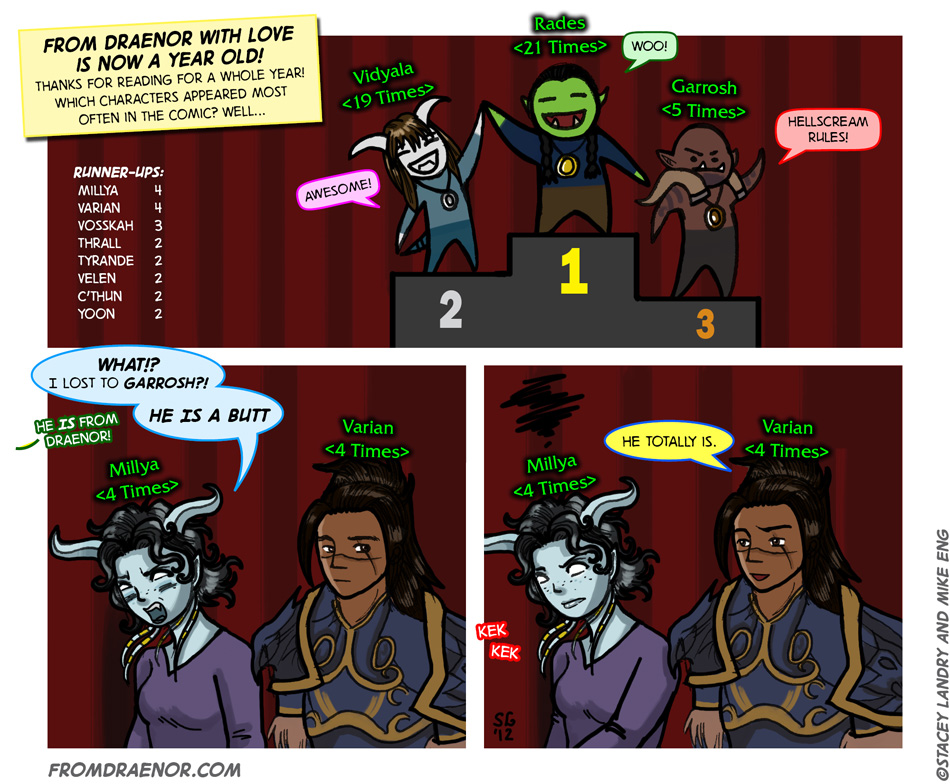 From Draenor With Love launched November 1, 2011, which means it’s been an entire year! 😀 I am pretty pleased that we put out a comic each and every week, even when life kicked us around a bit, or when one of us was traveling. Thanks to everyone who’s read our stuff over the past year! We appreciate your visits, your comments, your retweets, all of it!

Also, a special thanks to Dee, Ayms/Mits, and Walks, who gave us awesome guest strips! The streak would be not exist without your creative endeavors! /highfive

When we were discussing an anniversary strip, we thought it might be funny to tally up whose character(s) had appeared in more comics – would it be Rades? Or would it be the duo of Vidyala/Millya? However, as we flipped back we realized (with vast amusement on my part, and scowling disapproval on Vid’s) that GARROSH, of all people, was our third-most-used character.

…what can we say? Whether you like his in-game persona or not, he’s pure gold in comic form. And Vid is just so GOOD at drawing him!

Oh Garrosh. Whatever will we do for inspiration after we’ve killed you? /sniff

And because I know you’re curious, here’s all of Garrosh’s comic appearances: