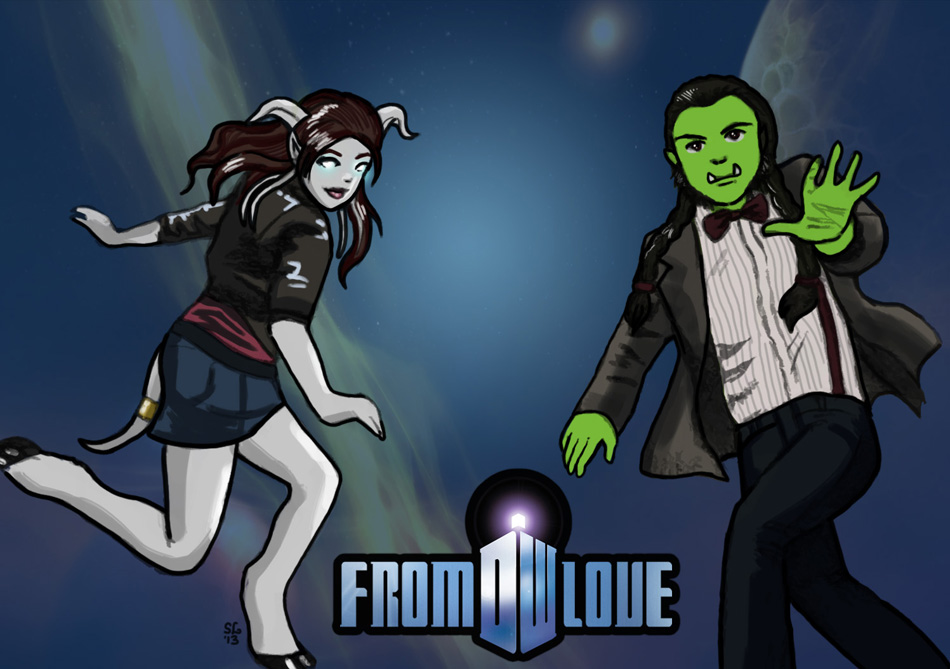 Hey, I don’t think it’s too much of a stretch! Rades is an accomplished engineer, he could undoubtedly keep a TARDIS running, and he could accomplish so much with a sonic screwdriver! I think Vid would make a great companion, though she could be the Doctor just as easily.

I did this art awhile ago and thought considering this Sunday’s announcement, using it now would be pretty timely. The opportunity to put Rades in a dapper suit jacket and bow tie was too good to pass up.

As far as the true twelfth Doctor, I am personally excited to see what he can bring to the role. Though I haven’t seen him in that much personally, he seems to have some formidable acting chops. The previous article mentions that his age may mean a less frenetic, action-based series which is fine by me. I prefer the more thoughtful episodes. Considering I didn’t know any of the previous Doctors either, I’m inclined to reserve judgement until I see what he can do. It’s going to be interesting!