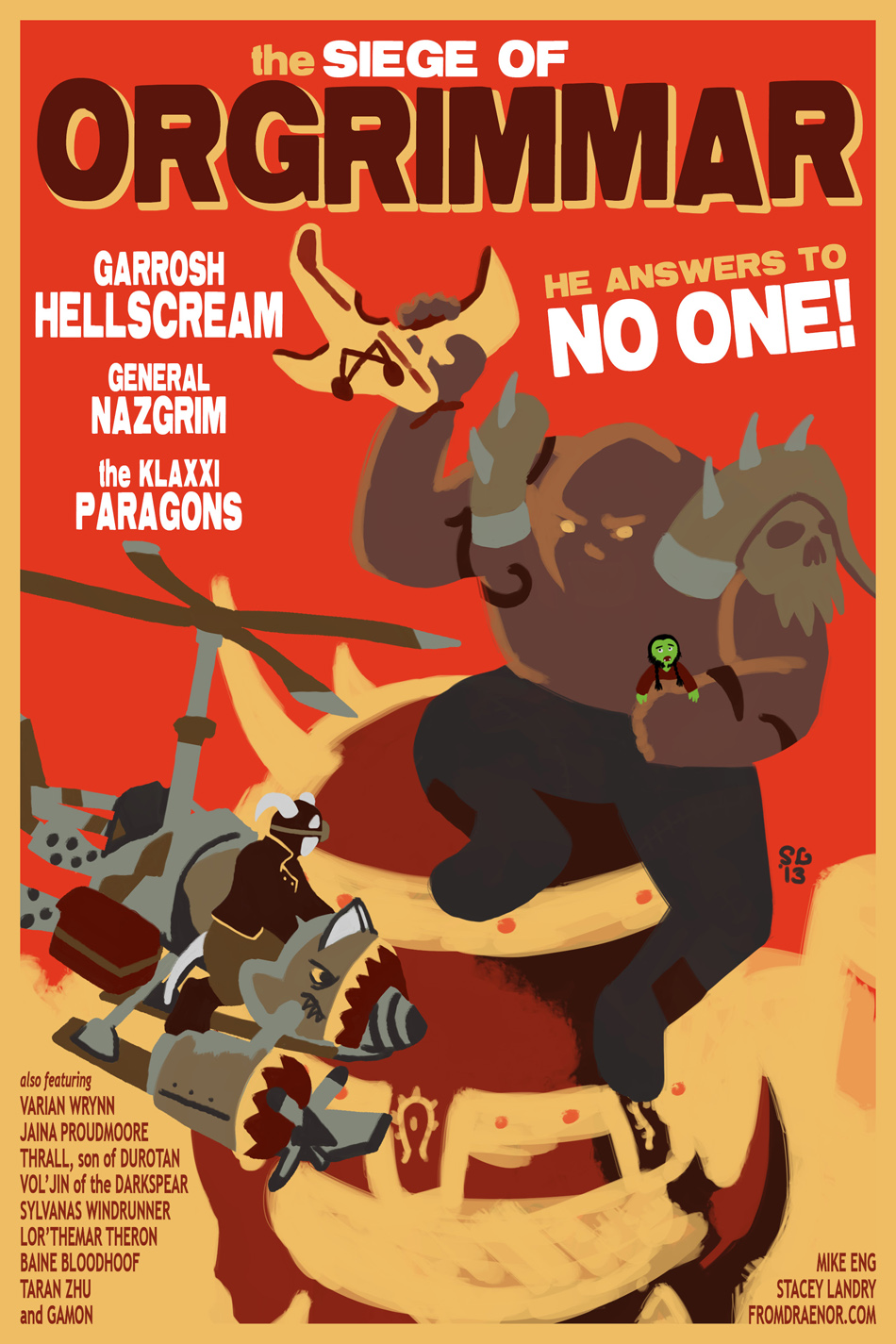 The Siege of Orgrimmar

And I don’t want to kill Garrosh!

(He’s a major From Draenor With Love character, after all!)

Speaking of the comic, this strip marks an important milestone for us. Starting next week, everything is changing! We hope you’ll stick around and join us on this new comic adventure – we’re really excited to hear what people think!