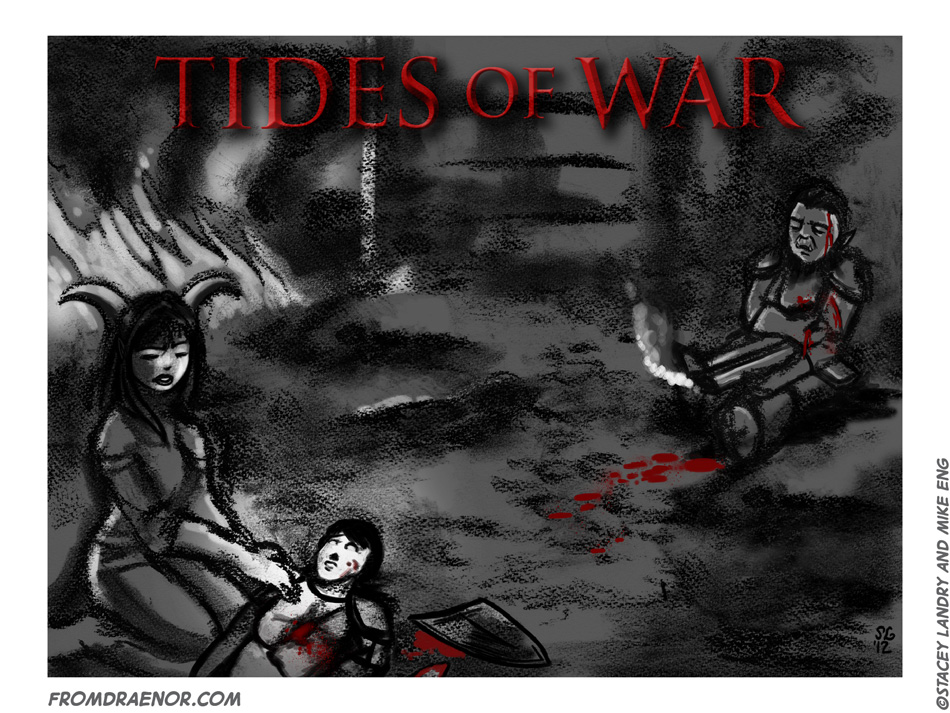 Cross-faction friendships may be unorthodox, but they certainly aren’t unheard of. Jaina and Thrall have been friends since before he started calling himself Go’el. Asric and Jadaar are a pair of lesser-known but still significant “friends,” a blood elf and a draenei who seem to love to hate each other. Game mechanics prevent us from communicating with each other and they do an excellent job of keeping us divided. Ignorance breeds contempt and fear, and it’s easier to attack and kill an enemy that is strange and foreign to you. You can see the effectiveness of this when real people actually get together and squabble over faction allegiance. We all want to belong to something, and that puts us in opposition to something else.

So goes the conflict between the Horde and the Alliance; one that’s spanned continents, claimed lives, and will soon sweep a formerly neutral race into our war.

But what do you do when the enemy is known to you? What if those you face on the battlefield have ceased to become a nameless Horde or easily dismissed beasts and become an actual person? I imagine the path isn’t always so clear. It’s not an enviable position. Where do the ties of duty end and those of friendship begin? No wonder it raised eyebrows that Vid and Rades are friends – things would probably be a lot easier for them if they weren’t!