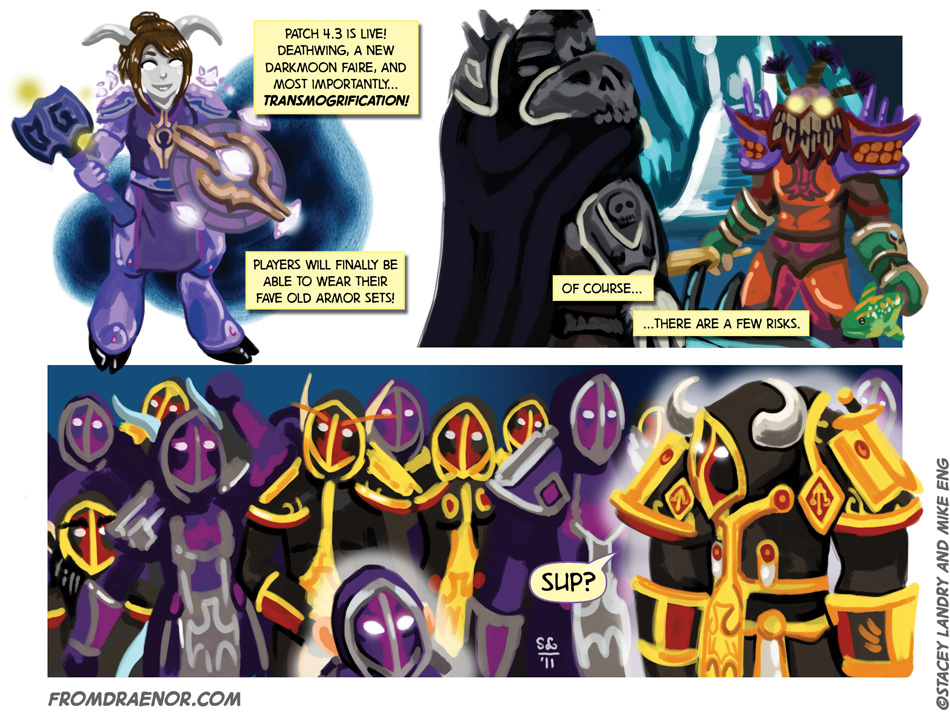 Has there ever been a feature more eagerly anticipated than Transmogrification? If there is, I sure haven’t seen it. So many options! So much potential for nostalgia! The future has arrived, and its name is World of Dresscraft.

Of course, for every person who can’t wait to dig out their old Tier 1 or Tier 0.5 sets, there’s someone who is going to gleefully turn their fearsome, godly “I’m-About-to-Kill-Deathwing” armor into a neon nightmare Burning Crusade clown suit. Blizzard has taken a few steps to try to prevent this, but let’s be honest – where there’s a will, there’s a way.

And Judgement? When Transmog was announced, it seemed like every Paladin in the world was going to use Judgement as their Transmog look of choice! Put up your hand if you know, have seen, OR ARE a Paladin wearing original or purple-recolor Judgement.

Don’t get me wrong, it’s an awesome-looking set! We just found it hilarious how everyone was going to use it.

My guild even joked how funny it would be if our two Paladins transmogged the original red/yellow Judgement, and our other plate wearers (two Warriors and a Death Knight) used purple Judgement. The mental image of half the raid standing around looking identical was too funny not to use.