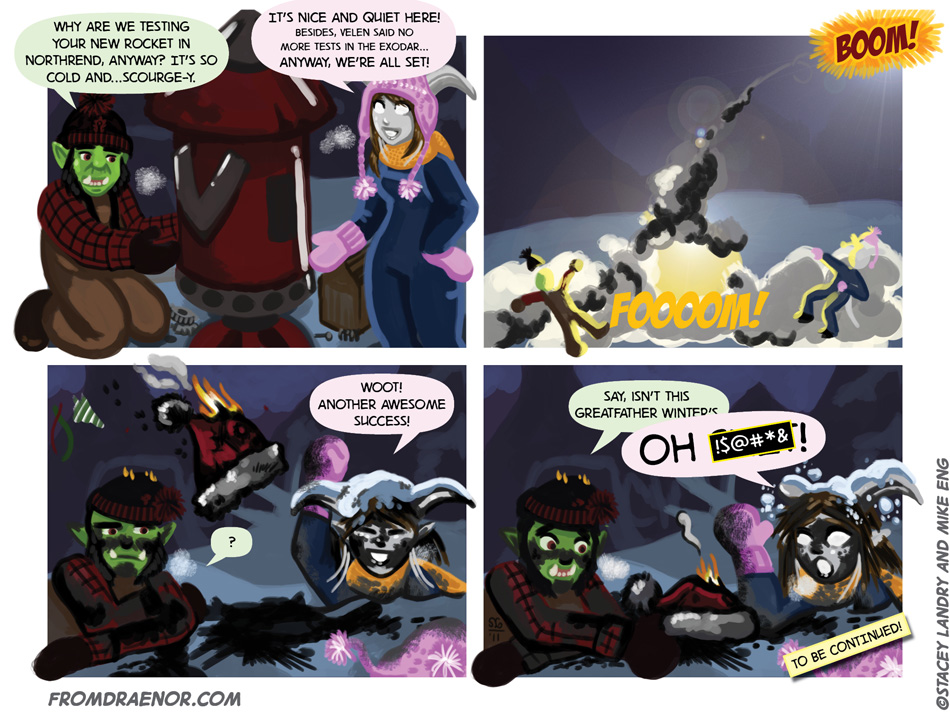 This is how engineers work.

Rades and I wanted to do something a little special and different for the upcoming holiday season, as well as try our hands at a mini story-arc! So expect this story to run for pretty much the rest of the month, until we reach its epic conclusion. We appreciate any feedback as we branch out into something slightly newer and different from the ‘gag’ strips – which isn’t to say the upcoming strips aren’t funny, because (humbly) I think they are.

I’d like to pretend that I dreamed up this comic as an excuse to draw Vid and Rades with toques and mittens, but actually that was entirely Rades’ idea. Needless to say, I approve!

The last panel there is a tribute to our “favourite” bug from this week. It’s fun to play “guess the profanity!” I actually realized it had turned itself on again when I was giving directions in an LFR and I told them with great confidence, “Make sure you stack up on his #@!.”