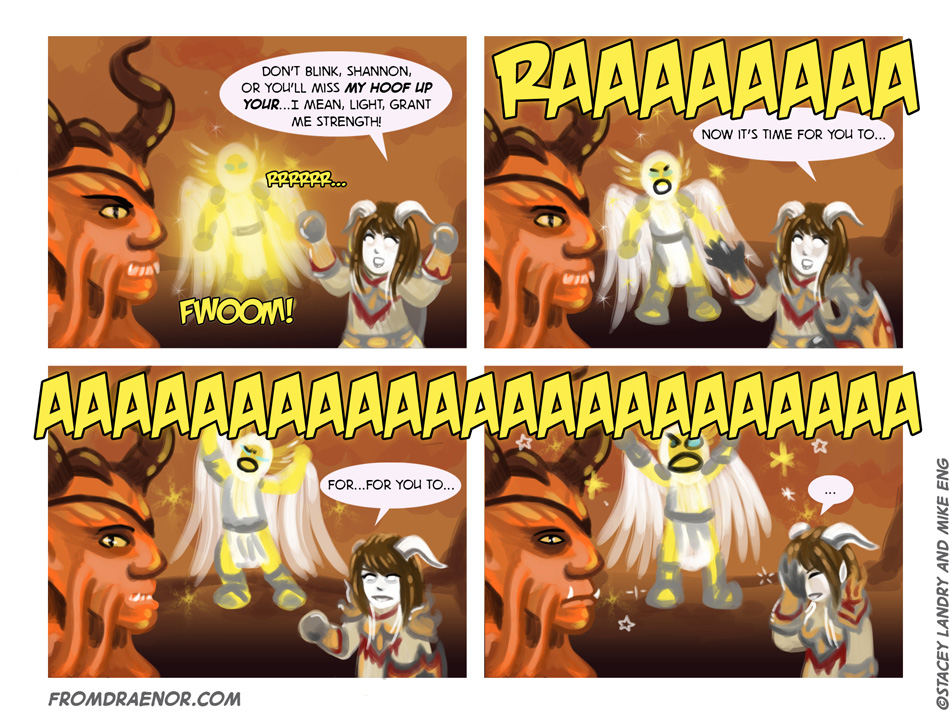 If you’ve played a paladin at level 85 for any length of time, hopefully this requires no explanation. For those of you who haven’t, well. Perhaps you play a melee DPS. You’re at the boss’ feet, stabbing/slicing/cutting (or whatever else it is that you melee folks do).

You hear an odd grunt.

This, my friends, is the Yellow, Angry Man. His anger knows no bounds. Likewise, his yellow-ness is unsurpassed. He would strike fear into the hearts of your enemies, if he weren’t too busy hollering. He actually provides a solid boost to whatever it is you’re seeking – healing, DPS, survivability.

It was actually Rades who pointed out to me (after hitting 85 on his paladin alt) that if you don’t cast or do anything after summoning, he just follows you. I understand he tested this by flying all over Twilight Highlands with the hapless Man in tow, running over the verdant hills below him as fast as his feet could take him.

When you think about it, really, it’s no wonder he’s so angry!